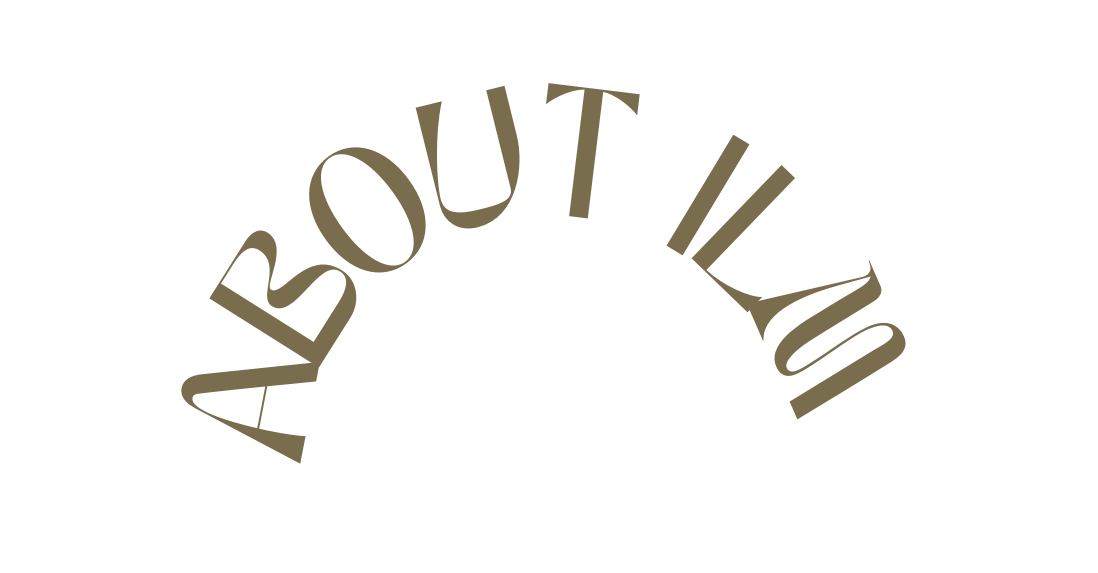 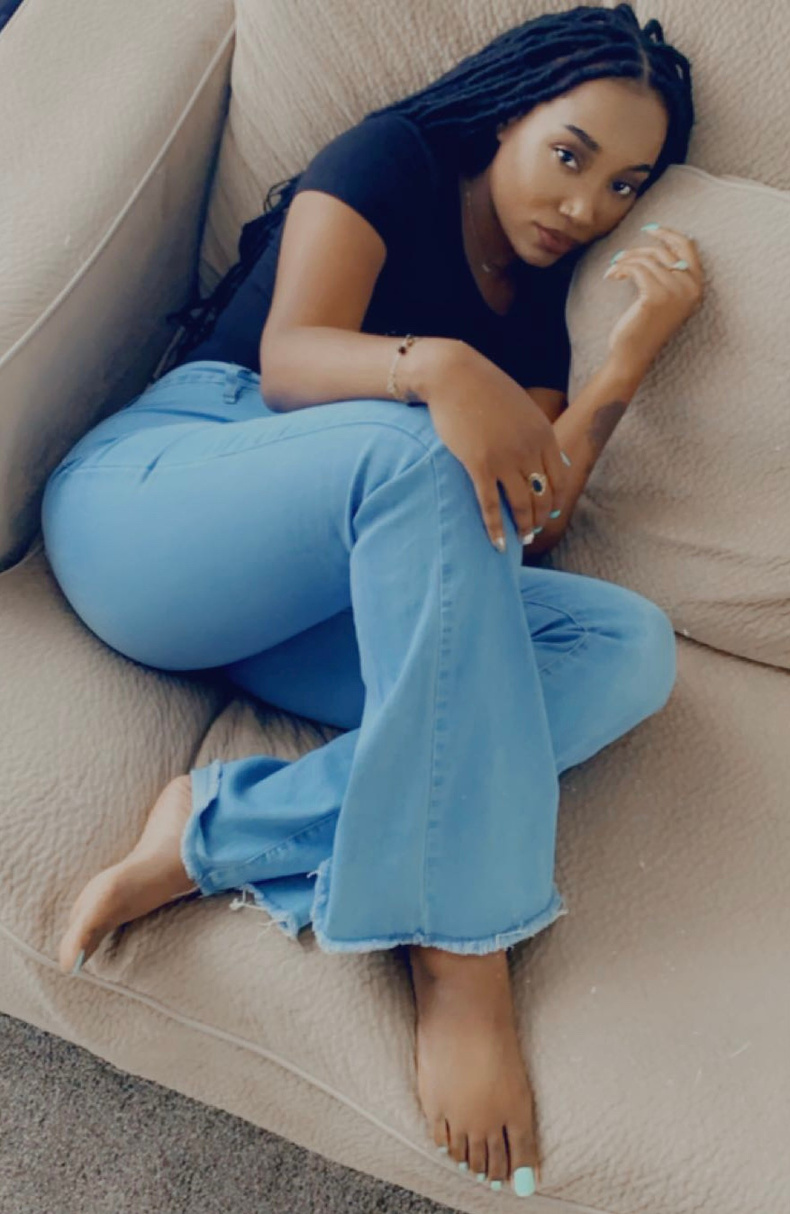 Lsa Moy is best known for her voice on Twin Cities radio. She found her passion for radio during a stint as a morning show host at 89.9-FM KMOJ where listeners woke each weekday to the “MOYning”, before she became a recognized fixture as a midday host. Her success in radio is the result of her lifetime devotion to the arts,combined with a deep sense of spiritual love for others.

Lisa enjoys volunteering and serving as a role model for a group of a dozen teenage girls, stating, "I am an advocate for the voices of young Black women.” Lisa’s 2022 self-published first book is titled “November” and is available on Amazon. Her additional professional pursuits include acting and voiceover work. In September 2021 Lisa became the first Black female to serve as an In-Arena-Host for the WNBA’s Minnesota Lynx.

In her leisure time, she enjoys being with family and friends, writing, canvas painting, traveling, reading, and replenishing her seemingly boundless sense of joy and positivity through prayer! 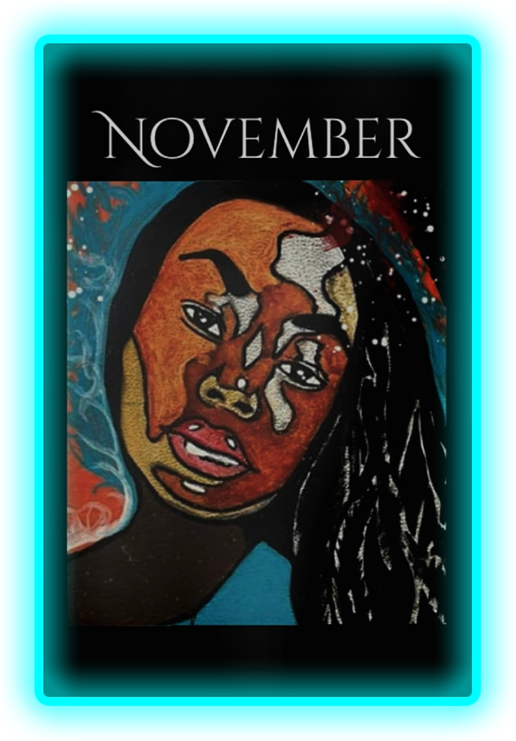 LISA IS AN AMBITIOUS CAREFREE SPIRIT WHO LIVES LIFE TO THE FULLEST. WHILE LISA IS LIVING HER LIFE.

HER WAY, ON HER TERMS, A REALITY THAT LISA HAS NOT PREPARED FOR CHANGES HER FOREVER!

EACH CHAPTER IN THIS BOOK STARTS WITH A WORD.

THeSE WORDS SET THE TONE FOR WHAT LISA EXPERIENCES. THeSE WORDS GIVE SHAPE TO THe FEELINGS AND EMOTIONS THAT DEFINED A VERY TURBULENT TIME IN LISA'S LIFE. IT ALL HAPPENED IN NOVEMBER 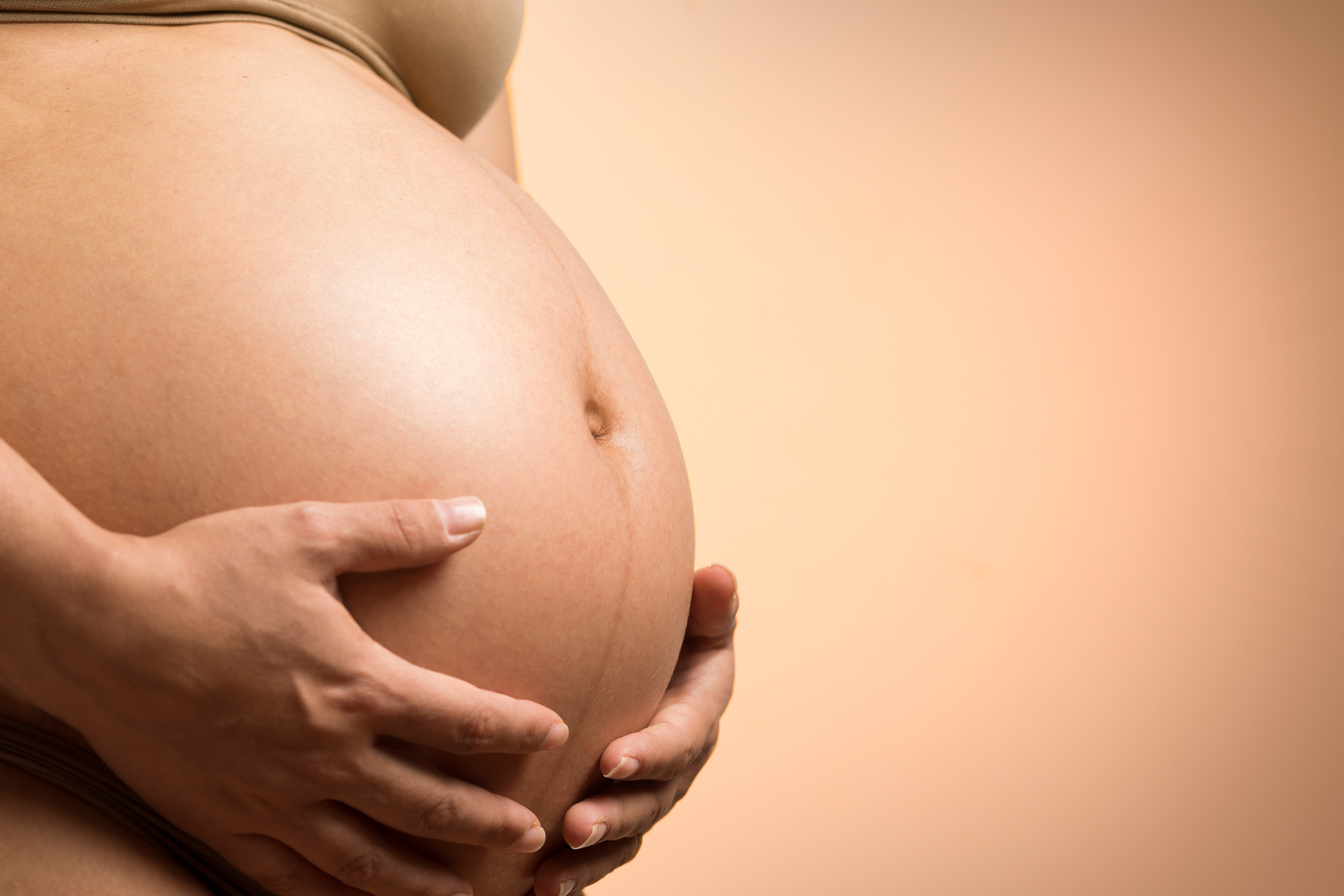 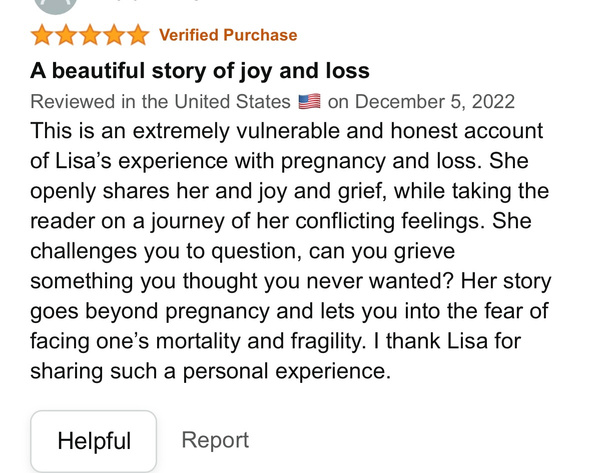 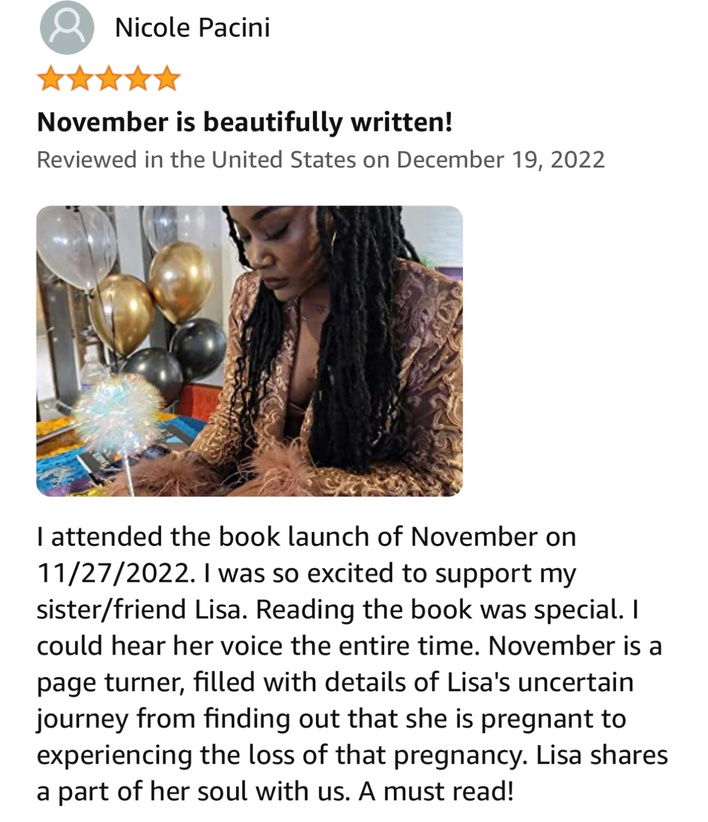 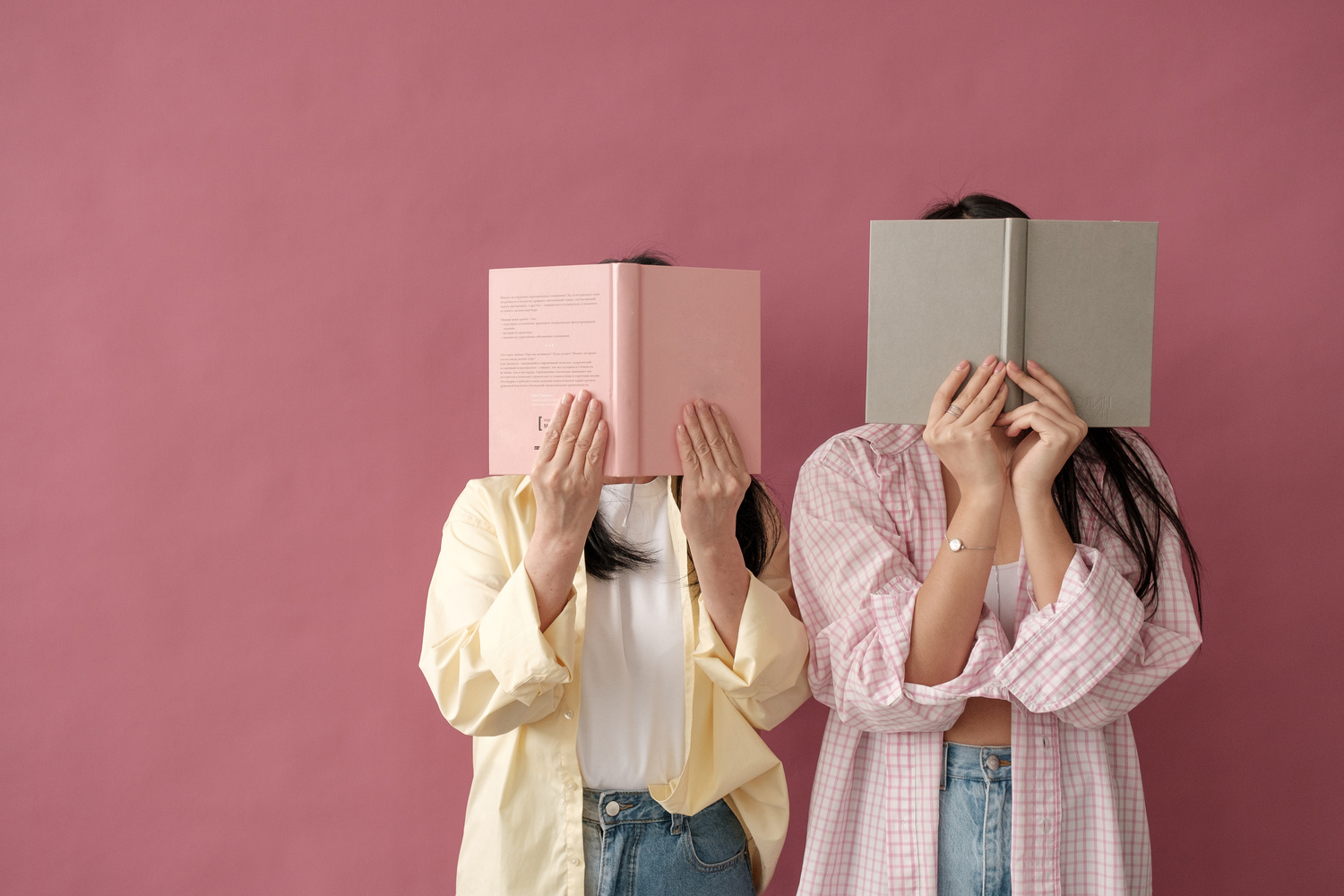 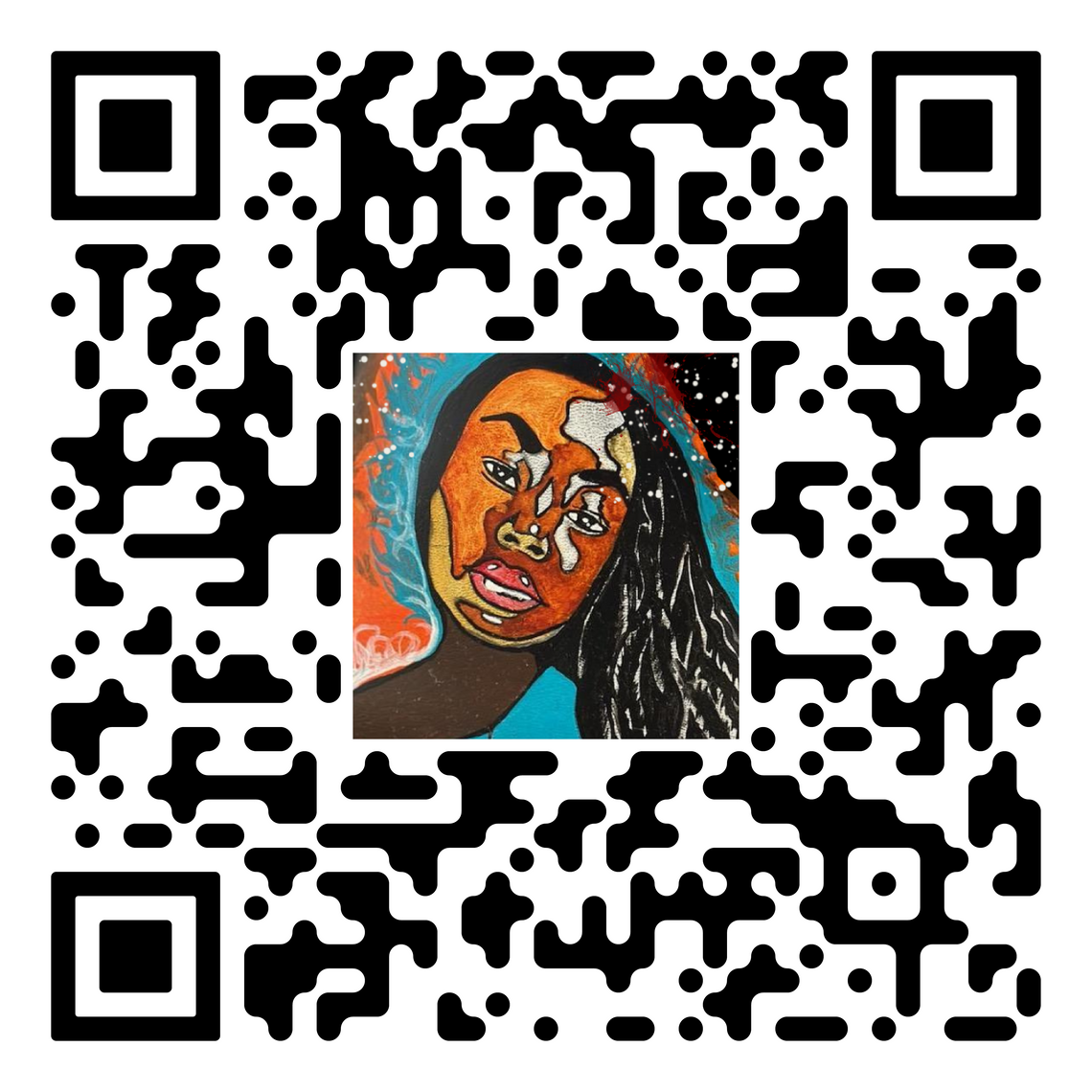 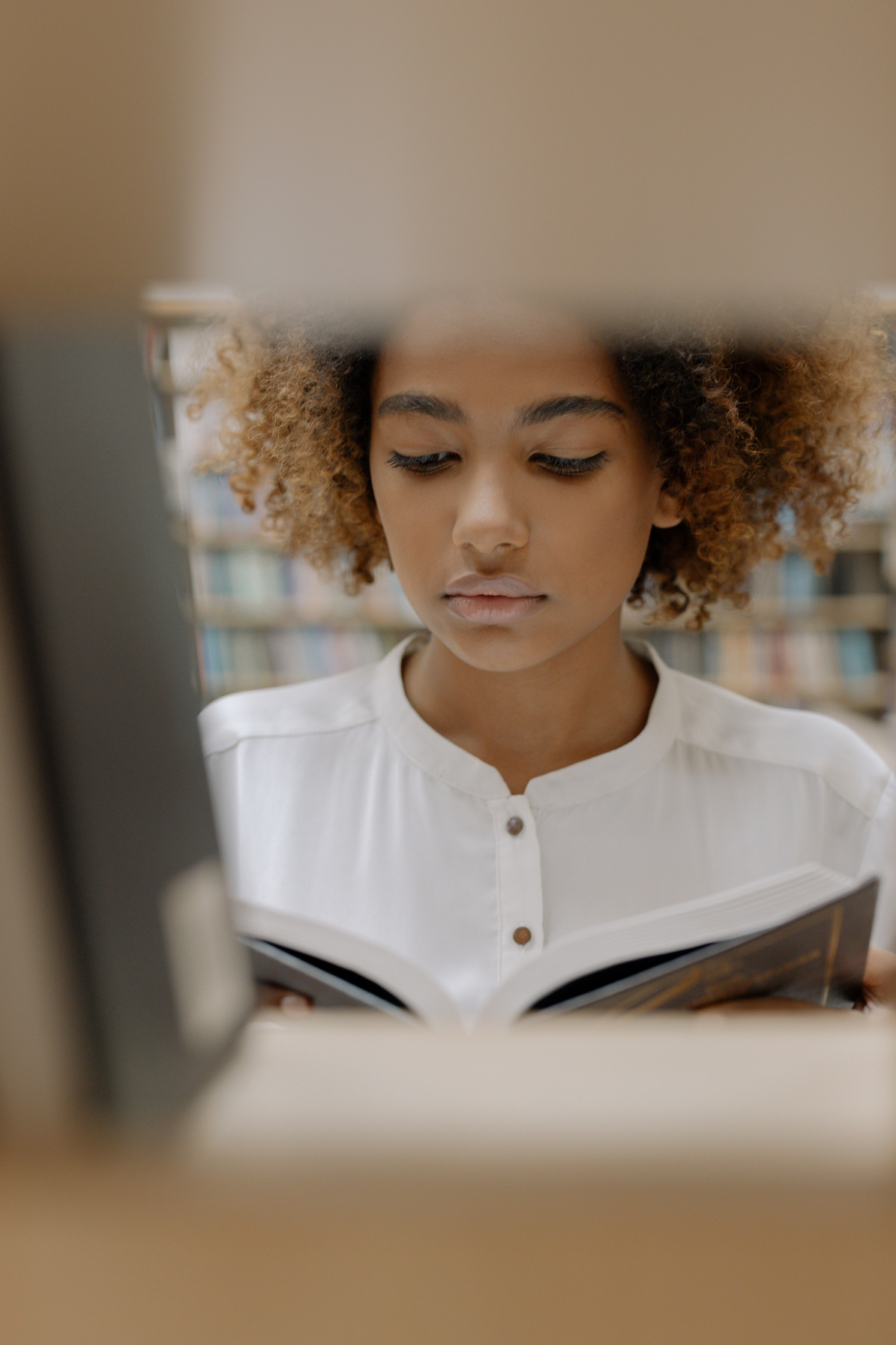 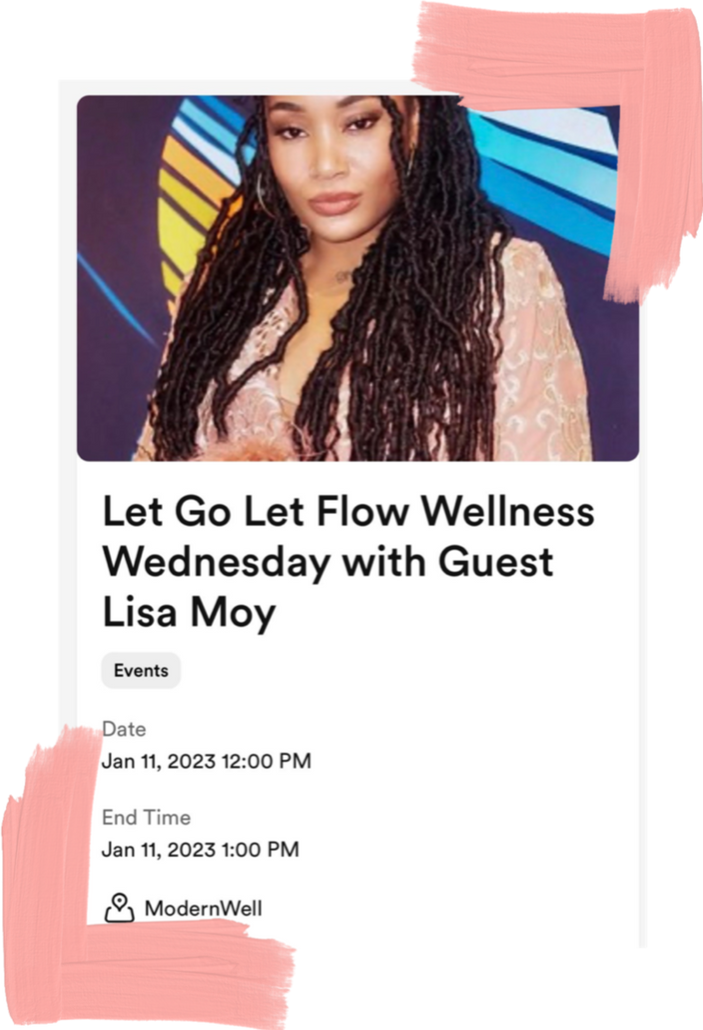